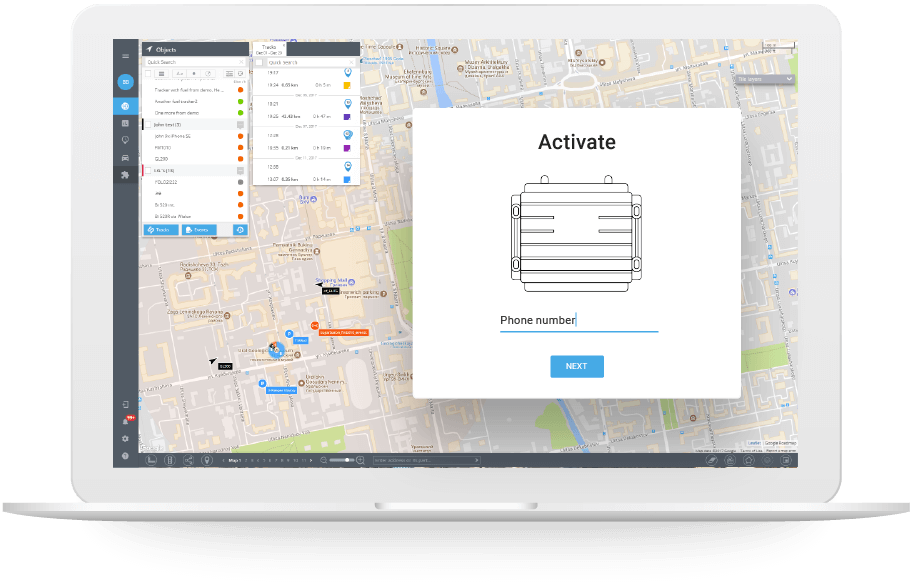 TopFlyTech T8603 is a very simple OBDII-type tracker. It does not read any OBD II information, but it uses power supply from OBD II port. No special skills required for the installation - just plug it to the car diagnostic port.

T8603 model is embedded with GPS and doesn’t have support of GLONASS or alternative systems. It neither supports Assisted GPS technology. As the back-up, when no satellites signals are available, it uses Cell ID location (also known as LBS-tracking).

T8603 is a simple tracker. It only gets power supply from OBDII port, but it does not read any data from vehicle CAN bus or K-Line. With T8603 you will be unable to get telemetry from onboard diagnostic system, сheck engine lamp (MIL) or DTC codes.

With Quad-band GSM module T8603 can be operated in 2G networks all over the world.

When being unplugged from the OBDII socket the device sends notification to server.

T8603 tracker can be fully controlled over GPRS, including configuration of tracking modes. There is also a wide list of SMS commands in a human-friendly format, on which device always replies back.

It supports remote configuration of APN settings, server address and port by SMS.

The light goes out automatically in five minutes after the device is plugged into OBDII port.

In some cars it’s not possible to read the Ignition state from the OBDII port. Then T8603 uses proprietary algorithm based on multiple parameters to evaluate the Ignition is ON with 98% accuracy. And the same algorithm it uses to detect the car engine is OFF and reduces the power consumption.

Compared to other OBDII trackers, T8603 seems a little longer. It might cause the device don’t fit the interior details in some cars. To overcome this problem an OBDII extension cable (optional accessory) can be used.

To switch device off (even with charged battery) just remove the SIM card. The device will switch off in 5-10 seconds.