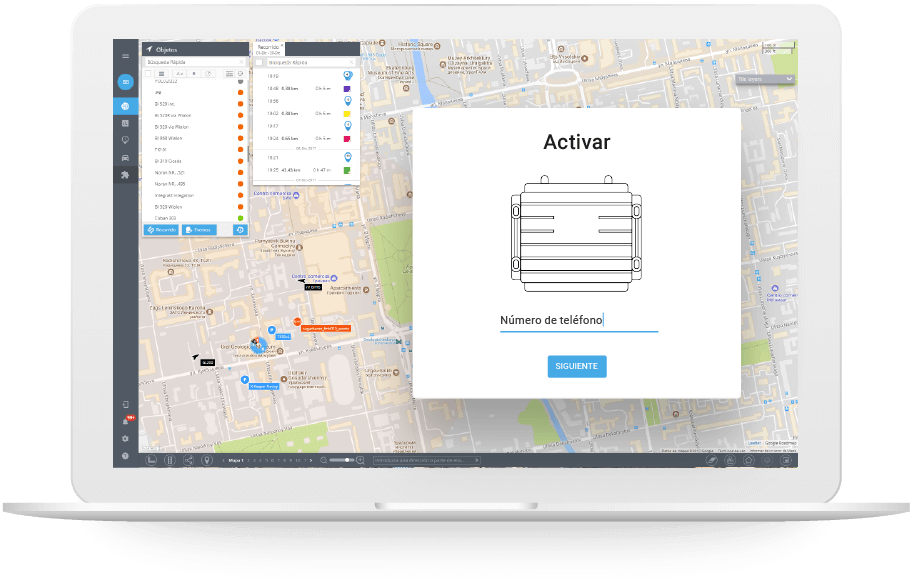 Coban 102B is a handheld GPS tracker with a limited set of functions. It is suitable for personal use of lone workers or senior family members.

Coban GPS102B is a compact handheld GPS tracker with basic functionality. The main purpose is personal tracking (e.g. for locating kids in real time), but also can be used for tracking pets, parcels and other assets. It is unlikely GPS102B is widely used for employee tracking due to the lack of functionality and some practical disadvantages, such as short battery life, inconvenient charging.

We must confess that Coban GPS102B is a budget tracker with very limited set features. You should not expect to get from it very accurate tracks or features that are peculiar to more expensive models, for example, tow detection or harsh driving monitoring. It even has no built-in memory, and if you want your tracks to be logged outside GSM coverage area, you should insert a SD card purchased separately.

Coban GPS102B is embedded with GPS NewStar 1315 chip and doesn’t have support of GLONASS and alternative systems. It either doesn’t support Assisted GPS (A-GPS) technology. As the back-up, when no satellites signals are available, it uses Cell ID location (also known as LBS-tracking).

There are two basic continuous tracking modes (by time interval and by distance) and interval tracking mode (see «Sleep by schedule» below).

Since GPS102B has no built-in memory, when user leaves GSM coverage area all tracking data will be lost. To avoid that you need to install micro SD card (not included into standard package).

With Quad-band GSM module GPS102B can be operated all over the world where 2G networks exist.

A small SOS button is located on the side panel of Coban GPS102B. To send the emergency signal it’s necessary to hold the button pressed within 3 seconds. After the signal is sent, there is no any local confirmation, e.g. by vibration or sound.

Standard package contains a charger pad and two batteries: one main and one spare. Unlike many other personal GPS trackers it’s not enough to just plug the USB cable into device – in that case GPS tracker itself will be working, but won’t be charging the battery. To charge the battery, you must take it out from the tracker, and place into a charger. It’s not convenient, and obviously that’s the reason why you get two batteries: while the you’re using the first, the second remains in the charger.

It’s claimed that fully charged battery can last from 5 to 8 hours, depending on the GSM and GPS signal conditions. GPS102B also has several sleeping mode options:

Notice: Sleeping mode will not be used if continuous tracking by time interval is set.

When device is switched ON/OFF by switcher on side panel, no related message is sent to server.

Coban GPS102B tracker has two general modes for GSM communication: SMS and GPRS. In GPRS mode it sends data to server and can be fully controlled over GPRS. There is also a wide list of SMS commands in a human-friendly format, on which device always replies back. It supports remote APN settings configuration by SMS.

GPS102B has only one LED, that indicates GSM mode (SMS or GPRS) and GPS reception.

Coban GPS102B features a micro SD slot (behind the battery, near the sim-card slot). Unless you install a micro SD card it won’t log the data in the areas where GSM signal is not available. All stored data will be automatically transmitted to server once GPRS signal restores.

Also it features a built-in microphone for acoustic surveillance.