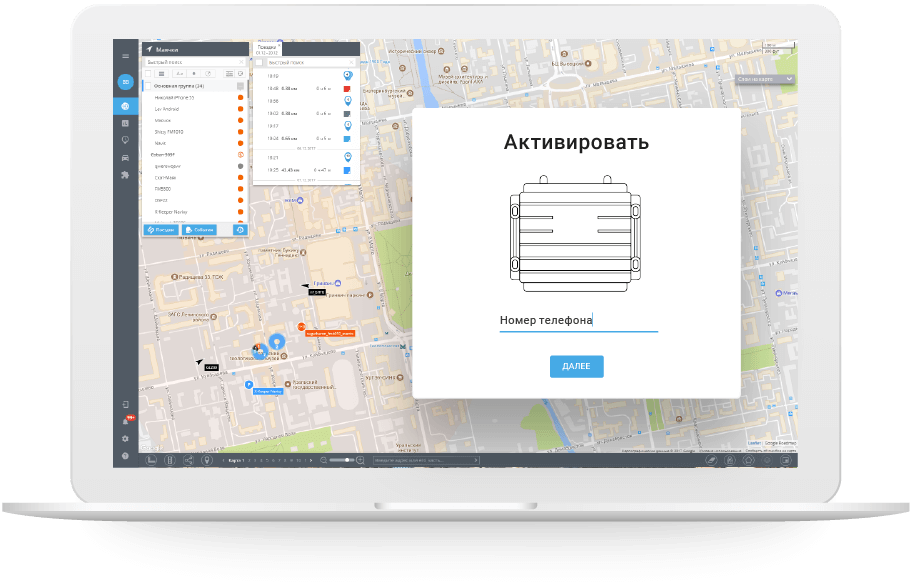 Its WCDMA allows the GL300W’s location to be monitored in real time or periodically tracked by a backend server and mobile devices. Its built-in 3-axis accelerometer allows motion detection and extends battery life through sophisticated power management algorithms. System integration is straightforward as complete documentation is provided for the full featured @Track protocol. The @Track protocol supports a wide variety of reports including emergency, geo-fence boundary crossings, low battery and scheduled GPS position.

GL300W supports Assisted GPS, as well as GSM cell-ID based positioning. Thanks to modern chip from u-blox it acquires the position quite fast and accurate even in urban conditions. For A-GPS needs the following addresses in the Internet must be accessible from the device: agps.u-blox.com:46434 and http://alp.u-blox.com/current_ld.alp

Device supports continuous and interval tracking modes. Together with sleeping mode they can be configured in the most flexible ways.

In the middle of the front panel you can see the emergency button. It’s thumb-size and easy to find without looking into it, nevertheless you’ll hardly push it occasionally. To confirm the SOS signal is sent the GPS tracker vibrates when the button pressed.

Queclink GL300W tracker is remarkable for its battery life. According to our field tests it runs in continuous mode at least 14 hours (in normal conditions with active moving), while in interval tracking mode it can report about its position for up to one week.

The Li-pol rechargeable battery has capacity of 1700 mAh. The battery can’t be removed, what makes sense for anti-sabotage in the employees tracking applications. To charge the battery you can use included AC/DC adaptor (or any other similar adaptor with standard micro-USB plug), while car adapter is optional.

But it’s not only about the battery capacity that puts GL300W among the trackers with the longest working time. This device is embedded with 3-axes accelerometer which is used for switching device to sleep mode (and harsh driving behavior detection). Together with smart firmware algorithm and flexible tracking mode settings it works just as you expect. The status of the device user can control with LEDs on the front panel.

GL300W tracker is fully controlled over GPRS. There is also a wide list of SMS commands in a human-friendly format, on which device always replies back.

You can also configure it from a PC, but you will require a special serial cable, which is not always included into a standard package (depends on the local vendor). The software is designed for professional users and has average usability.

There are a number of original accessories available, while the most popular probably are:

Unlike many personal GPS trackers GL300W doesn’t have MIC or voice communication features. Some people consider this as a disadvantage, others believe it is necessary for real water resistance design. Besides, in many countries remote listening is still an outlaw.

While GL200 had the additional interface connection and could be used to control, for example ACC/Ignition status of a car, there is nothing like in GL300W. The manufacturer decided to position new device as a pure portable device.